The crisp autumn air pierced my nostrils as a flock of migrating geese honked contentedly overhead. The coolness of the autumn air blanketed my face like a wet cloth and billows of steam rose to the sky, only to dissipate at the slightest breeze. I scanned the woods for any flicker of movement while the trees showered a carpet of color to the otherwise drab forest floor with an acrobatic spectacle we all take for granted. As a squirrel chattered in the distance, I thought, ‘My, God surely has a grand imagination!!!’

While watching the leaves flip, twirl, and glide to the ground, I started, as I realized I had just witnessed the meaning of a bowhunter. Bowhunters take the time to enjoy all the gifts God blesses them with; the beauty of nature and close encounters. 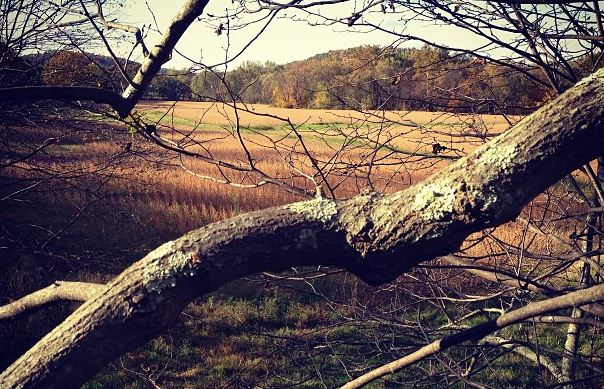 I became aware of the challenge I was up against when I glanced down at the bow in my hand. I was putting my skill and wit against the uncanny instincts of some of the most wary creatures God created. Why would I step back in time and use such primitive gear? It could be the sense of accomplishment achieved when all the fine tuning of my skills is rewarded with fodder for the table. It could be the intimacy that is generated between myself and Mother Nature by the reaping of her bounty, using a simple stick and string. Personally, I like to say it is all of the above, and the mysticism that surrounds the art of bowhunting.

I once heard a song about the great outdoors being a church and nature was its choir. I realized how much those words rang true as I watched the woods wake with the dawning sun. I listened to songbirds in the growing light and watched the drab leaves burst into a fury of color as beams of sunlight fell on them. The blades of grass glistened from the kiss of the morning frost. I shivered and thought how most others would not notice such beauty, because they are merely spectators, yet a bowhunter is truly a contestant. I, in my place of solitude, watching God’s beauty in motion, found myself where loneliness meets paradise.

Observing the woods awake, I dusted off memories from hunts of long ago. Those close encounters have left me with a feeling of awe and respect for the quarry I spend all of my time pursuing. My quests have taken me into a level of ecstasy I have found in no other pastime. I have partaken in personal enjoyment and have achieved a sense of accomplishment through my dance with God’s marvelous creations.

My daydreams were interrupted abruptly as I was snapped to attention by a footstep falling in the dry leaves that covered the forest floor. ‘Probably just another squirrel scurrying to gather its food before winter’s harsh arrival would show its unforgiving face,’ I thought. ‘Yet…maybe…’ My mind was racing, anticipating what could be traveling down the trail. I had spent the last months of summer in the merciless heat of the sun, clearing the undergrowth away from the path. Now, all of that hard work was paying off. As the scene before me unfolded, I caught the glint of sunlight on an antler and my heart, I believe, momentarily stopped. I began shaking almost uncontrollably in the exhilaration of the moment. He was a large buck by no means, yet respectable. He came out of the ravine straight towards my stand, where I awaited ever so patiently and still. Yet, as if by stopped by some unseen force, he veered off the path and disappeared into the dense undergrowth as quickly as he had arrived, offering me no shot opportunities. I continued to shiver, not knowing whether it was from excitement or from the cold that had now rendered my fingers numb and useless. I sank back in my not-too-comfortable seat to ponder the position I had just been placed in.

The long hours spent in my yard sharpening my instincts and fine-tuning my equipment and those enduring the inclement weather Mother Nature hurls at me, lead only to an even sweeter taste in my mouth when success finally is achieved. Nothing else could compare to this sense of accomplishment, and no one, other than another bowhunter who has stood in those same shoes and smiled while soaking in that sense of exhilaration and admired the beauty of an antler-clad gift, or watched as the chance of a lifetime walked out of their life, could fully understand the rush of emotion you could ever hope to experience. This heart-pounding, knee-shaking, rush of adrenaline can only be enjoyed in the heart of a bowhunter, the true participant of God’s country.

The meaning of a bowhunter is taking time to enjoy the experiences and beauty of all that surrounds him. It cannot be measured by trophies on a wall or other finite material measures of success. It is taking the time out of your busy schedule and slowing down the sands of time to notice the subtle nuances that the flora and fauna have to offer. The sound of songbirds flitting about in the brush, feeling the cool air brush across your cheek, smelling the crisp aroma that can only be found in the autumn woods, the way the sun lights a fire on the eastern horizon at sunrise, to actually be a part of these little moments, you would swear you are basking in heaven. It is the simple things in life that mean the most. I realize these pieces of time, these tiny glimpses of life as it really is, these are what have shaped me into the person I am today, a bowhunter. To truly define what it means to be a bowhunter can only be accomplished through the experience itself.