I received my covert scouting cameras in the mail yesterday and I must say, I am impressed. Throughout my hunting career I have owned quite a few scouting cameras, and I have continually had issues with them.  I rely on my trail cameras a lot throughout the year, and nothing is more frustrating than when I have issues with them. Most of the cameras that I have owned have slow trigger speeds, poor battery life, non-compact, and are difficult to set-up on the fly.  I realize that there are a lot of companies out there, however I refuse to spend a ton of money on scouting cameras. That may be the reason that I have a lot of negative things going on with my cameras, but I believe that you shouldn’t have to spend hundreds of dollars on a high quality camera. If you’re like me, you may also have had issues because you refuse to spend 200 plus on a scouting camera. I am going to touch base on why those features are so important in picking out a perfect trail camera. 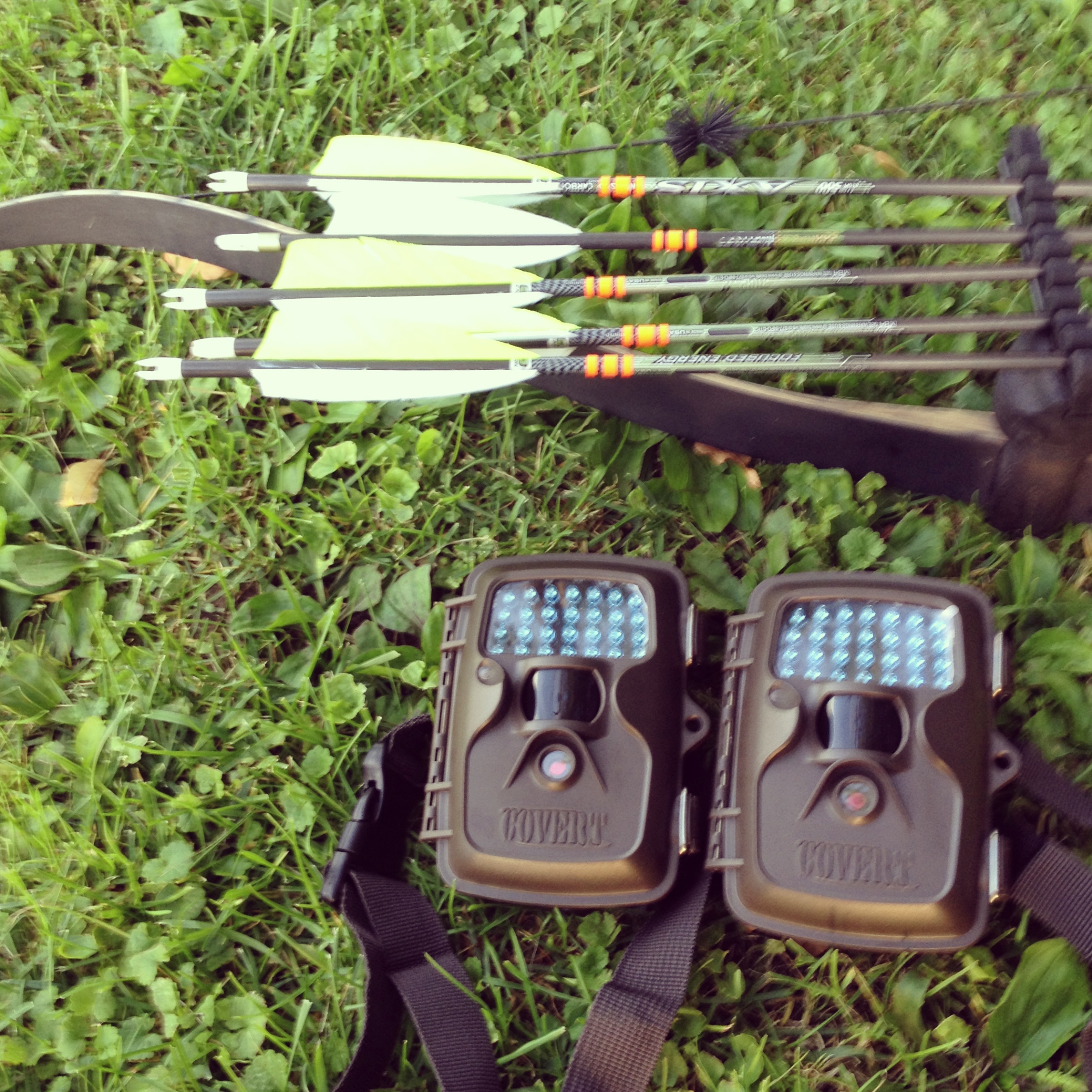 Let’s start with trigger speed. In order for you to catch that trophy deer walking by your camera, a quick trigger speed is vital. You could potentially miss that one important photo with a camera that is slow to the trigger. Speed also helps with eliminating those blurry images that we all get. How many times have you been waiting for that one mature buck to walk down the trail, only to get a poor quality photo? That is about as frustrating as missing the deer at 20 yards with your recurve.
The next thing I want to cover is battery life. In my opinion, it is the most inconvenient part of running trail cameras. I like to leave my cameras out as long as possible, without having to check on them, to decrease the chance of alerting game of my presence. With a few of my cameras, I have to change the battery after two weeks of continued use. To me, that is simply not long enough. I try to leave my cameras out for three to four weeks at a clip. With poor battery life that is just not possible. Not to mention, the hole it burns in your pocket with the cost of batteries.
Finally, lets talk about how bulky and non-compact some of those older trail cameras are. I never realized how beneficial having a small camera would  be until now. For one thing, the likelihood of someone stealing a small camera (let’s face it…unfortunately, people steal things) goes way down due to it being more concealed. Two, having a smaller camera is much easier to set up on a tree if you don’t have some sort of mounting system. I also love the idea that I can carry two cameras in the woods without a backpack.

I have done a lot of research on specific trail cameras, and I could not find a better camera for the money, than the cameras www.covertscoutingcameras.com makes. I recently received two MP-E5 cameras, and out of the box I was impressed with the size of the camera. I can fit 2 of these cameras in the front pocket of my hoodie, with ease. The MP-E5 is the lower end camera that covert makes, but it exceeds all of my expectations. The camera retails for $115.99 which is well worth the money, if your looking for a quality camera. The trigger speed on these cameras is wicked fast, and the setup on the camera is as simple as it gets. The picture quality is excellent.

The camera also has a format function, which is very important in my experience.  I haven’t had the cameras long enough to really put them through the works. However, I don’t foresee any real concerns. I am really anxious to see how the battery life holds up. I should have waited  a few weeks to post this, but I really couldn’t wait to let everyone know about these guys.